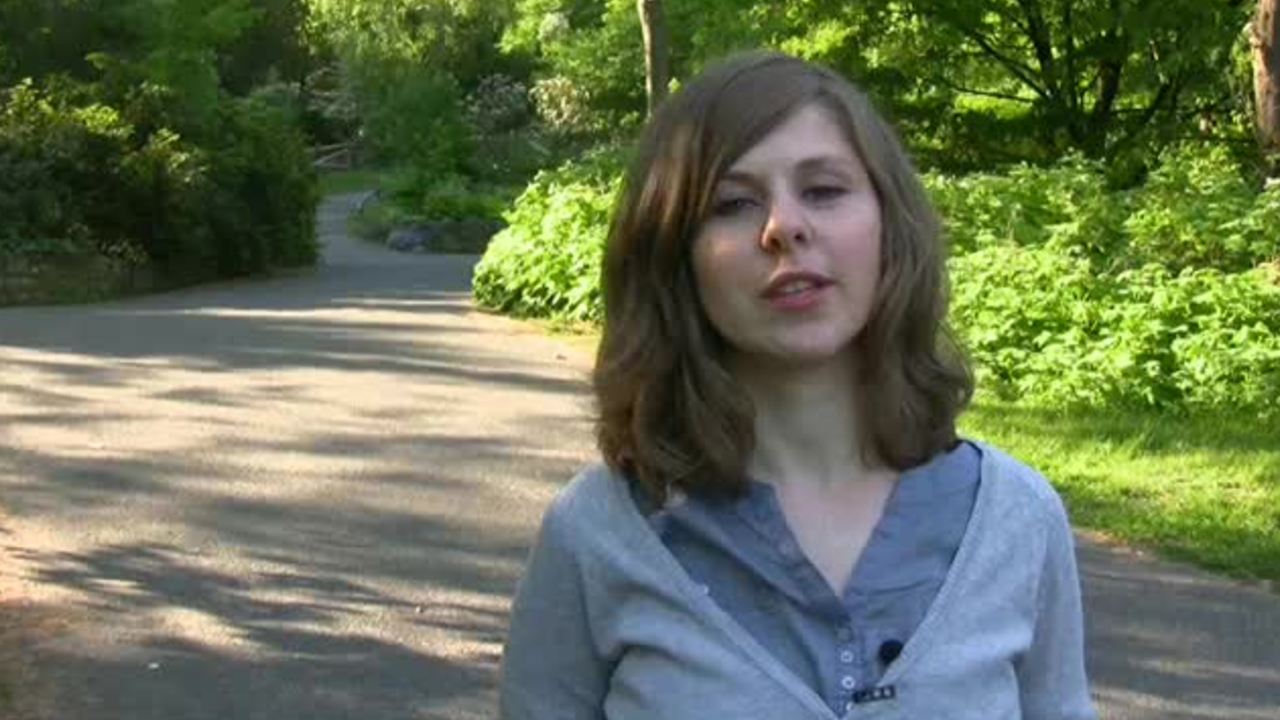 From indoor camping to the luxurious Hotel Adlon, Berlin is a diverse and vibrant city. Get to know it a bit better with this series of videos covering various curiosities, neighborhoods, and natural areas.

Judith works as a bar keeper at the Brezel Bar in Berlin-Kreuzberg. Aside from a variety of cold and hot beverages, pretzels in all variations are of course the main attraction of this establishment. Yummy!

Spring! The perfect time to visit Berlin's Viktoriapark. Join Eva as she enjoys the view from the highest point in Berlin's Kreuzberg district.

Join Marko on a tour through the former American Sector in Berlin.

The Domain Dahlem is a former estate, innovative working farm and museum in Berlin. Here people of all ages can see the animals and learn about green agricultural practices. The 800 year-old manor and current “green oasis” was named a lighthouse project in the nationwide “Ideas for the Education Republic” competition in 2011-2012.

In this second episode of the series about the Domäne Dahlem, Eva invites us for a walk around the farm and shows us various crop plants and animals.

Wannsee is a subdistrict of the Berlin district of Steglitz-Zehlendorf, which is in the far southwestern part of the city. There are many possible places to go swimming there, and a favorite is the Strandbad Wannsee, the ideal place to recover from the stress of the city!

When people close their eyes and think about Berlin, what do they see? The Brandenburg Gate, the Reichstag, East Berlin's Television Tower... and the storied Hotel Adlon! Among this luxury hotel's prominent guests, these include, among others, the Queen of England and the King of Pop himself - Michael Jackson. Viel Spaß beim Zuschauen!
Copyright: Deutsche Presse Agentur [The German Press Agency]

This video may seem to be directed purely at meat eaters, Kopps Restaurant and Grill takes it all the way to vegan! Secret tip: even Hamburger Heaven on Graefestr. in Berlin-Kreuzberg has delicious veggie burgers in addition to their free-range and organic beef. Guten Appetit! (video copyright dpa)

Winter has finally hit Berlin, causing traffic chaos and a lot of complaining from the locals, but actually some people seem to prefer the snow! (video copyright dpa)

24 young women, one goal: They want be the next Miss Germany. Their looks and their figures are their assets, but sometimes they turn a blind eye, such as meeting up in Berlin for a round of currywurst! (video copyright dpa)

Is a hotel too boring, but camping outdoors too rough? Try the Hüttenpalast in Berlin-Neukölln, which offers the best of both worlds! (video copyright dpa)

As a young capital city, Berlin is celebrated for the unique architecture of its government buildings. Enjoy this chance to see some of the features that attract ten thousand visitors every day.

You must be a subscriber to leave a comment.

Are you sure you want to delete this comment? You will not be able to recover it.