Share the gift of language with Yabla e-gift cards. 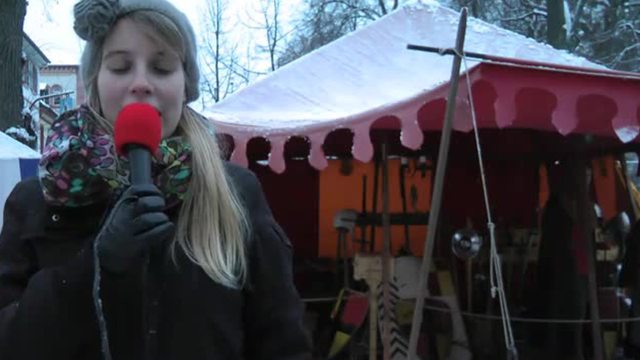 I invite you to take a journey with me back to the Middle Ages. At the Medieval Christmas Market, soul-snatcher Markus lures us to abandon ourselves to the vice of gambling. Of course, there is a reward involved!

For every player there is a precious stone of everlasting happiness.

What makes this precious stone so enticing? The aspect that it's immerwährend, right? Immerwährendes Glück is something everyone dreams of. When you use compound adjectives you can include additional information in a sentence and still keep it compact. They prevent you from having to write lengthy versions like ...einen Edelstein des Glückes, das immer währt. This clause is grammatically correct and has the same meaning. (There is another compound adjective hidden in the above clip. See if you can find it!)

Compare the sentence lengths of the German and English clauses below.

This time with artworks in conformity with the system.

The words in bold emphasize clearly that compound adjectives can shorten a German sentence without having to omit any wanted information.

Have you seen and spoken this tongue-twister before? Kohlpechrabenschwarz (coal-pitch raven-black). If you haven't, try saying it just for fun! This compound adjective emphasizes the absolute blackness of something. So compound adjectives are also used to intensify and creatively underscore a noun's attributes in ways that one of the off-the-shelf variety cannot achieve.

Note: If you're searching for the definition of an adjective and aren't getting results, it may be a compound. In this case, break it into its component parts and search their meanings individually.

Finally, if progress is slow, keep at it. Take the long view. Recall where you started and how far you've come. Always bear in mind that learning a second language is a life-long endeavor that will enrich your life for years to come! 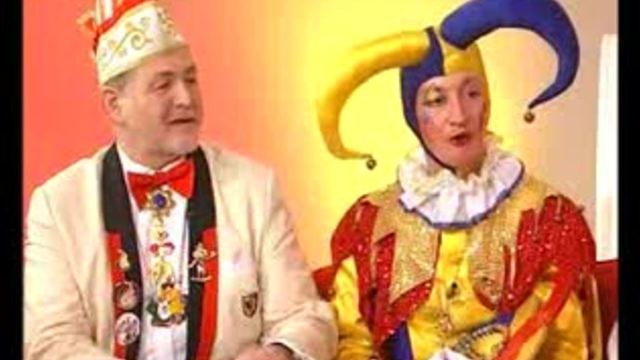 anglicism: an English word or phrase that is used in another language

Germans can't do without them. There are some though, who don't feel the need to add a couple of English words to their mother tongue for good measure. Three students sharing an apartment in Berlin, for example, went as far as translating anglicisms back into German and introduced fines for every slip-up in Germish.

March is Carnival season or "The Fifth Season" in Germany. People dress up and masquerade to chase and scare away winter. In this month's featured video three veterans explain the old Carnival tradition, dating back to the Middle Ages. Note the following anglicism:

And on Sunday a break, beauty sleep, or...

Anglicisms are very common in German.
In our video about the famous Austrian tattoo artist Mario Barth, in which he expresses his support for the animal rights organization PETA, you'll find a number of them.

Finally: Longing for your summer vacation or just a brief holiday get-a-way to a warmer clime? Then take a look at Christiane: fährt in den Urlaub. Test your understanding of spoken German in this practical scenario and search for das Handy* in the clip. Regarding this anglicism, German has taken an English adjective and morphed it into a noun. Can you guess what it is? She says before leaving on her trip: Ah, was ich immer vergesse, das Aufladegerät fürs Handy.

If you want to reinforce the use of words in your favorite vocabulary list, go to the Video tab on Yabla German and type the word into the search box on the upper right side of the page. A list of every video containing this word will be generated. The captions from each clip in which the word occurs will appear. Try this and easily discover the word's correct use in different contexts. 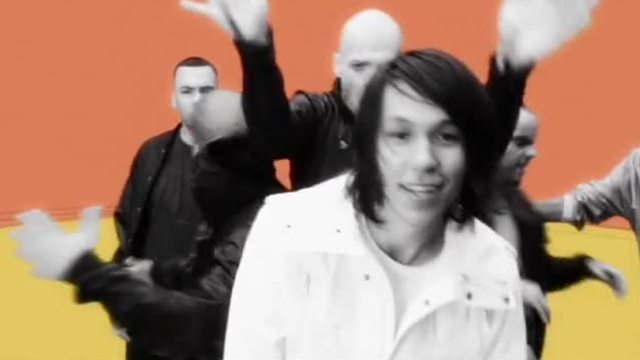 Although languages are always changing due to influences of society, forms of government, and historical events, some elements of language, such as idiomatic phrases, have been preserved in languages for centuries. They come in handy in every context, for example, in the lyrics of Berlin hip hop/reggae band Culcha Candela.

Everything's down the drain [in the bucket]...

Let's look at something else that can be im Eimer (ruined; done for; broken).

Nachdem er das Auto gegen die Wand gefahren hatte, war es im Eimer.
After he had driven the car against the wall, it was broken.

You are probably familiar with the sensation of having a dry mouth. Well, Thomas Raudnitzky was experiencing just that while being awarded the Metropolitan Prize for hosting the trendy magazine RheinMain Szene.

... somehow the spit stayed away from me [idiom: at a loss for words].

Now take a look at Lucas' "dry mouth" experience while test-riding a crazy new roller coaster in our video about Lucas' not so run-of-the-mill hobbies.

For a moment, the spit really gets stuck in your throat [it's astonishing].

Figuratively, this expression means to be utterly surprised, stunned or at a loss for words. In biblical times already, it was observed that someone salivates less when afraid. This was interpreted as a sign of God that the accused was guilty, who, out of fear, was unable to say anything that could have saved him.

Use these sites to find more examples of idiomatic phrases: phrasen.com, German proverbs

Learning Tip
A great way to improve your listening skills is watching the clips first once without captions. This will help you to focus more on the audio. Then watch them again, this time with captions. Repeat these two steps a couple of times. Do you notice an improvement? Keep practicing! 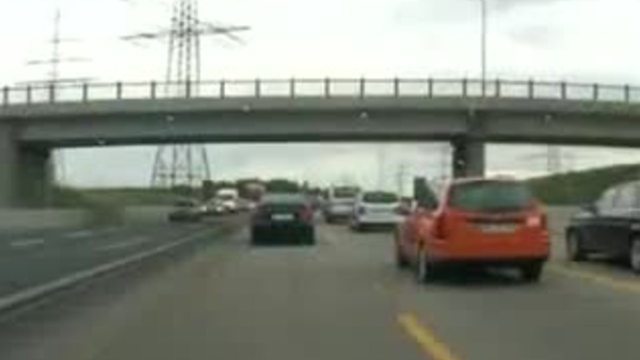 aufheben: to suspend; to pick up

Have you ever longed to put the pedal to the metal? Car enthusiasts throughout the world dream of hitting the Autobahn in their favorite gas guzzler. In a recent move that has environmentalists upset and speed demons ecstatic, Germany has removed more barriers to high-velocity travel:

The Ministry of Transport has lifted some of the speed limits.

The infinitive of the verb in boldface is aufheben. As with many other German verbs, it has numerous meanings in different contexts. In this case it means to "suspend something", to "declare something as invalid."

In our video about Karlsruhe's phenomenal ultimate frisbee team, we encounter another meaning of aufheben, "to pick up":

Have you heard the expression Viel Aufhebens um etwas machen? In the figurative sense, the expression means to "make a fuss about something." It originated from the language of fencers, who, prior to fighting, picked up their swords from the ground, accompanied by elaborate ceremonies and boastful words.

Keep an eye out for these and other uses of aufheben, an extremely versatile German verb!